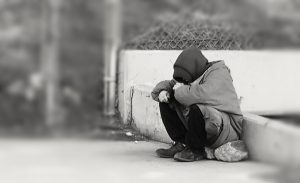 Let’s start by being honest. We treat addictions by sending people to prison, particularly if they are poor or a racial minority. That fact is inarguable.

Consider the data. Nearly 80% of people charged with a crime are abusing drugs or alcohol at the time of the offense. Nearly 65% of people in prison have a major substance abuse disorder. Substance use dramatically increases the likelihood of recidivism…

Prisons are our default response to addictions.

This is not to minimize the impact of addiction-driven crime. Substance abuse impoverishes the emotional, financial, and physical well-being of families; leaves a trail of harm and victimization; scars our neighborhoods and communities; and overwhelms the finances and capacities of our schools and public institutions. It’s no wonder that we resort to prisons; we understandably want to separate ourselves from this seemingly intractable problem.

Prisons, however, are not treatment centers. Only 11% of inmates have access to professional substance abuse treatment. For the other 70% struggling with substance abuse, their addictions are either abetted (through rampant black markets) or put on hold until release back to the community. One indirect consequence of this lack of treatment is the heightened risk of overdose upon reentry.

In other words, prisons do not even remotely attempt to solve the problem.

Stepping back, I see two overlapping themes beneath the data. First, we still struggle in our efforts to address addictions within our communities. On the contrary, we put addicts and their unregulated behaviors into secure warehouses: prisons. Second, communities rightly feel that there has to be some kind of response, even if the punitive response is both inadequate and ineffective.

Drug courts were created for this exact reason: to create an alternative rehabilitative process within the judicial system. According to the National Drug Court Institute:

Drug courts are special court dockets designed to treat individuals suffering from substance use disorders and give them the tools they need to change their lives. The drug court judge serves as the leader of a multidisciplinary team of professionals, which commonly includes a program coordinator, prosecuting attorney, defense attorney, probation or community supervision officer, treatment representatives, and law enforcement representative.

Drug courts are not new; they have been around for nearly thirty years, growing at an exponential rate to more than 3100 courts serving approximately 125,000 clients annually.  The typical drug court ‘curriculum’ runs from 12 to 24 months with structured phases from intake to completion. With the completion of each phase, the client’s service and court engagement is gradually decreased until he/she graduates from the program (about 60% of clients finish successfully).

Drug courts been extensively evaluated and the results are impressive: when effectively implemented, the model produces significant reductions in both client recidivism and costs to the system.  In recent years, drug courts have gone one step further, identifying and codifying the set of practice standards that produce the best outcomes. These standards identify ideal target client populations; provide practice and process guidance to stakeholders and service providers; and establish expectations to ensure due process and fair justice.

As I read through the governing literature and practice guidance for drug courts, I was also hoping to find a thoughtful promotion (and even better, evidence) of collaboration between drug courts and restorative justice.  I found neither. This is curious.

Drug Courts are not Inherently Restorative

On the surface, it would seem that the two approaches share common ground and concerns that would lead to active collaboration and even integration. Drug courts clearly include elements that could be interpreted as ‘restorative’. Courts frequently require community service, restitution, and homework assignments as part of their work with clients.

These examples, however, are not in and of themselves restorative. In the drug court framework, the client is primarily responsible ‘to the court’; as such, the ‘restorative activities’ are mandated by professionals, not requested by the affected parties. This is a missed opportunity for everyone involved

The medical model approach to addictions (as evidenced in drug courts) treats substance abuse as an illness and the addicted person as a patient. This is undoubtedly both true and right. The symptoms of this illness, however, are not contained within the patient; the impact spirals out in all directions. The stakeholders in this person’s illness (victims, families, communities) also have a vested interest in his/her recovery and healing.

This is prime territory for a restorative approach.

As I mentioned in my previous post, I have facilitated countless restorative processes where the crime may be theft or bad checks, but the underlying cause is substance abuse. When I have asked the responsible parties who they impacted, they invariably identified four broad classes of affected parties: the direct victims, the community, friends and family, and themselves. They also almost uniformly expressed feelings of deep shame for their behaviors, and a gnawing sense of loss.

I cannot imagine that the drug court participants’ experiences are any different.

In light of these nearly universal needs and obligations, I have given some thought to ways that a drug court might integrate restorative practices. Here’s the good news: the court’s phased structure naturally lends itself to a similar set of restorative conversations.  These conversations could also be staged to progressively address the needs of victims, communities, families, and participants.

Here’s my first take on an outline:

Needless to say, these sketches are rudimentary; I offer them as a starting place for conversation and planning, not as a template for program development.  I also want to stress that the drug court restorative processes should be grounded in the same restorative principles and approaches that define all good restorative practice. These include, among others: voluntary participation of all parties without coercion; neutral facilitation; and a commitment to ‘doing with’ rather than ‘doing to or for’.

Finally, I want to hold out an even more aspirational restorative vision for drug courts: a thorough review of the courts’ processes and protocols from a relational perspective. Such a review could begin by exploring ways to infuse drug courts with restorative principles. The court could also explore restorative approaches to client relapses and restorative reintegration processes after incarcerative sanctions. Again, these are just ‘back of the envelop’ ideas. The real dialogue and exploration of a restorative drug court should take place at the local level between administrators, stakeholders, restorative justice practitioners, and clients.

The Many Reasons for a Restorative Drug Court

That’s to the benefit of us all.

(Addendum: I shared this post with a colleague who worked closely with a Vermont-based drug court docket. In addition to the above restorative interventions, he suggested a fourth phase that would take place after graduation: a Circle of Support and Accountability (COSA). This sounds like an excellent idea. A COSA would provide long-term informal social support and accountability to replace the formal court-based services and supervision.)

Have additional thoughts on this post? Write them in the comments section.